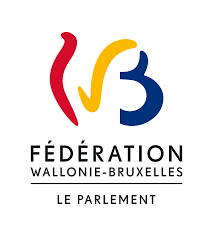 The Bureau of the Parliament of the Fédération Wallonie-Bruxelles (french part of Belgium) and its members subscribe to the commitments included in the Manifesto of the World Fair Play Day. They salute, at the same time, the actions carried out by Panathlon Wallonie-Bruxelles as regards the promotion of the values of Fair Play in the sport which are fully in line with the work of the members of the Parliament with the analysis of two projects of decree relating, for the one, to the integration of a Code of sporting ethics in the regulations of the sporting federations and, for the other, to a better representation of the women in the decision-making bodies of the sporting federations as well as to the promotion of the feminine sporting practice.

On behalf of the Bureau of the Fédération Wallonie-Bruxelles